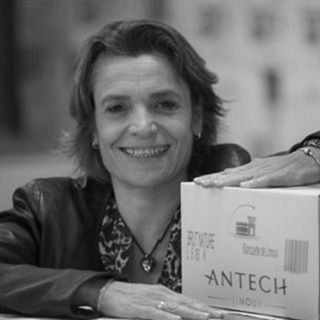 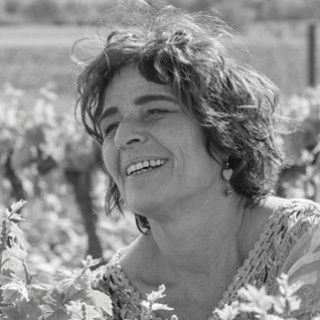 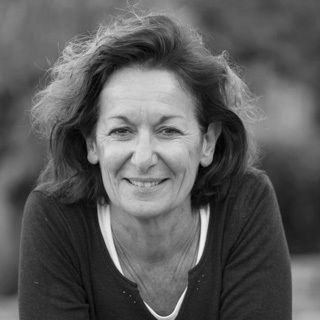 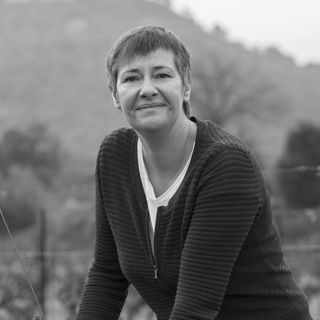 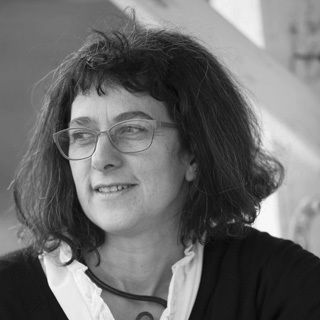 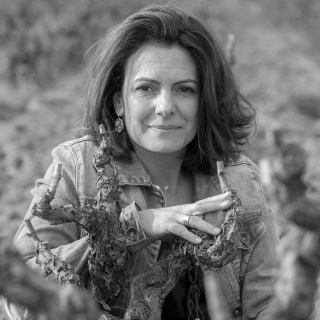 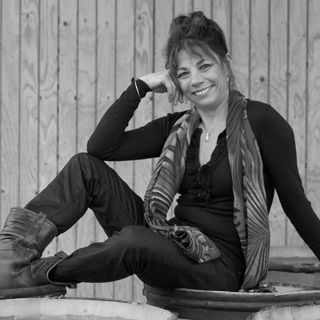 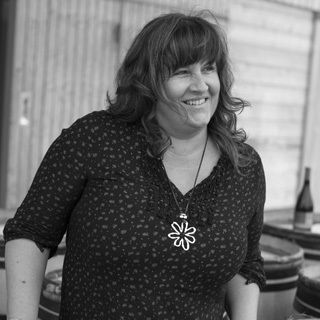 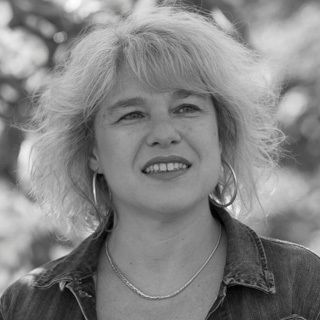 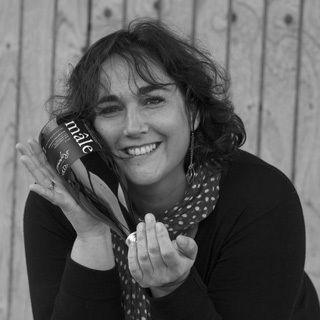 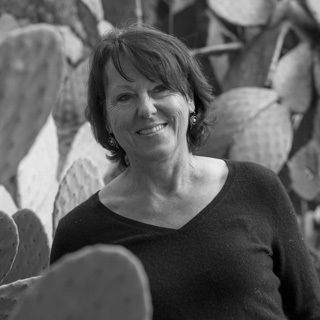 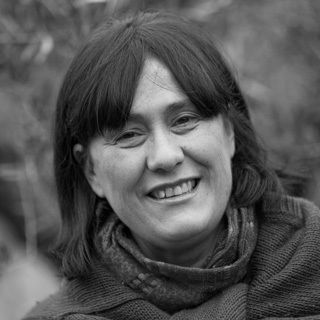 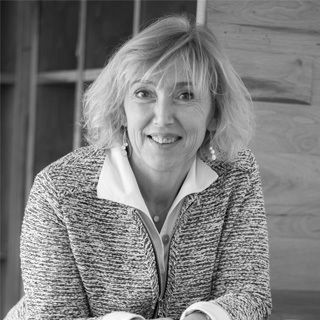 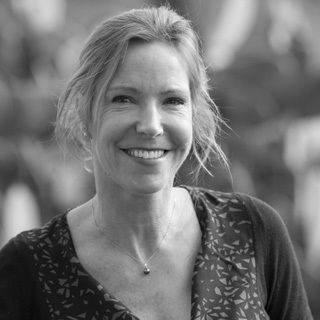 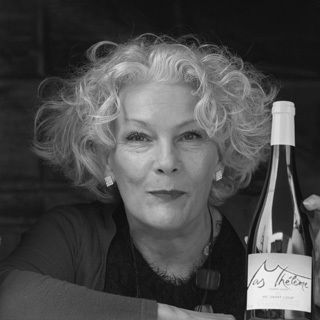 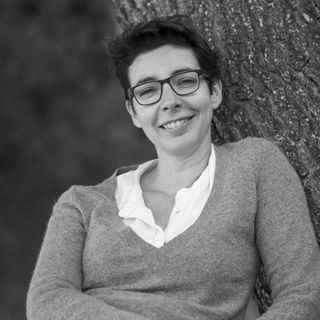 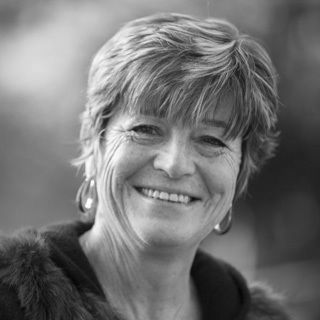 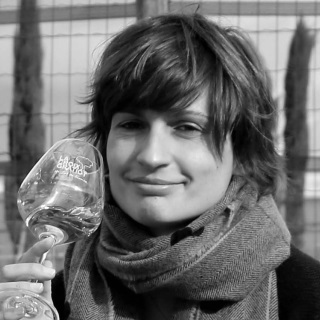 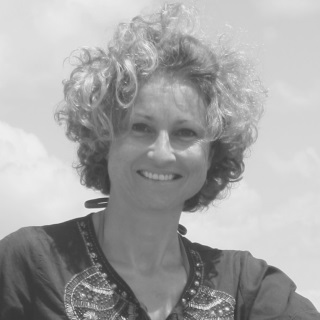 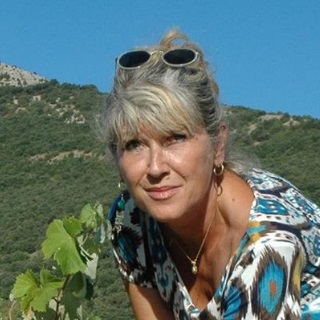 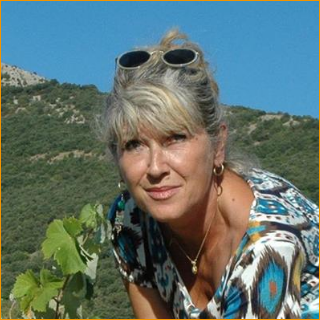 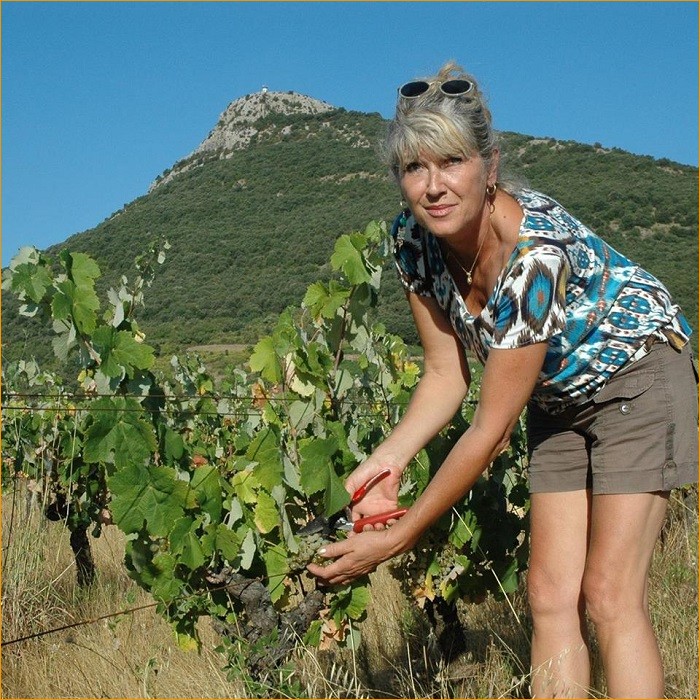 De ce terroir, de ce métier aux multiples facettes, de ce coin et de cette passion.
Vinifille depuis peu, je découvre ces femmes vigneronnes passionnées et volontaires, spontanées et accueillantes et je savoure mon bonheur d'être parmi elles.
Avoir en commun une énergie renouvelée, faire des projets et les concrétiser. Mettre en avant nos valeurs et notre amour pour notre région. Si différentes, complémentaires, solidaires et heureuses de l'être.
My Life,  My Vines
When people ask, I always find it difficult to say why I went into making wine.
It happened because it happened; it was an alignment of life’s circumstances.
For a start, I had to re-make myself, using building blocks formed by a chronic illness.
Jean had also arrived at a point where he needed to reinvent himself.  In his case, it was a question of injecting joy into an impending retirement.
Until then, our lives had been anchored in the sea - hence the names of the vineyard and its wines.
Now, suddenly, we were winemakers, as if by chance and destiny.
With little knowledge but huge motivation, we began in 2009  with 4 ha. of scrubland and  2 ha. of vines  which we converted to organic viticulture, in a corner of the Languedoc classified Natura 2000.
Today our little piece of paradise includes two wells, an old drystone hut,  5 ha. of vines,  and 5 ha. of organic garrigue  scrubland (Ecocert).
It’s a small preserved reserve on the slopes of the little-known Pic de Vissou, in Cabrières.
Here I learned about its schist soil, and its promise of supple, silky and fresh wines.
On the job and late in life, I learned about the seasons of the vines: about a single vine, a row of vines, a whole plot. And I fell in love.
Yes, I fell in love with this terroir, this multifaceted profession, this particular place,  and this passion.
In the Vinifilles, I found an inspiring group of spontaneous and welcoming women winemakers who share this same passion.  Brimful of ideas that actually happen, they are a collaborative collection of highly individual women,  whose common values and love for the region shine through. 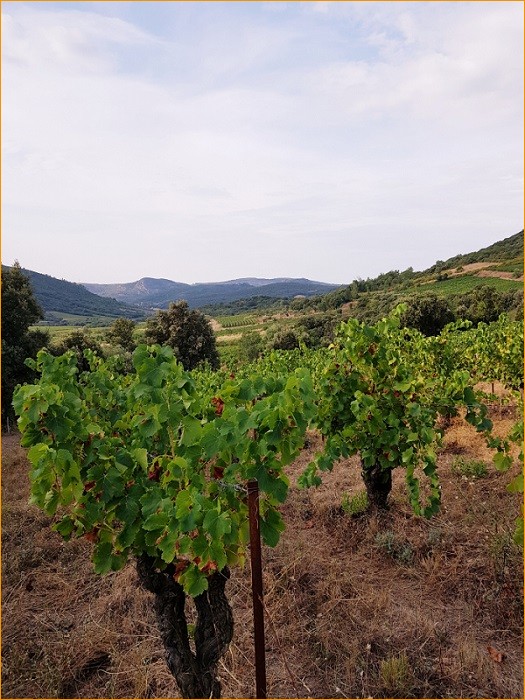 Ce qui nous permet de vinifier aussi 2 cuvées de vin blanc : Atout Pic et Pic de Vissou, frères de gamme de nos rouges du même nom.
Et, de temps à autres, notre Parfum du Sud voit le jour : une Cartagène (vin liquoreux) issue de raisins blancs.
My Life, My Wines
We were completely smitten by the Cabrières terroir, which lends such silky, smooth tannins to its wines.
We first set sail with two wines: Première Vague (red) and La Coulée Douce (rosé), made from the Mediterranean trilogie of grape varieties, Grenache, Cinsault and Syrah.
As the vineyard grew, three more wines came on board and now make up the heart of our range:
Atout Pic, our little treat,   the easy-going Bouteilles à la Mer, and Pic de Vissou,  patriarch of the family.
And from time to time, our ultimate expression of Cinsault, an age-worthy wine called Téthys, sees the light of day, but in very limited quantities: 200 bottles in 2012 and 2013, and 400 in 2015.
Even more exclusive in terms of quantity, is Julou, a wine coming from a plot of the same name, which we made for our private customers to celebrate its qualification for organic certification.
And there’s also the duo Les Frangins, both named after the two restaurants they are made for.
As we acquired more vines,  two white wines, namesakes of their red brothers,  came on the scene.  The white Pic de Vissou comes from a mixed parcel of Vermentino, Grenache blanc, Roussane, and Viognier, while Atout Pic adds this same blend to Clairette.
Occasionally too, a regional sweet treat makes its appearance: Parfum de Sud is a traditional Car-tagène made from fortified grape juice. 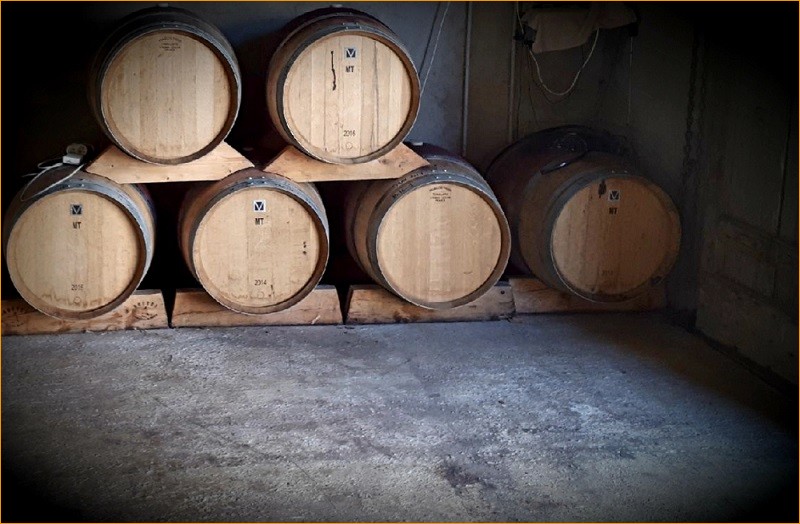